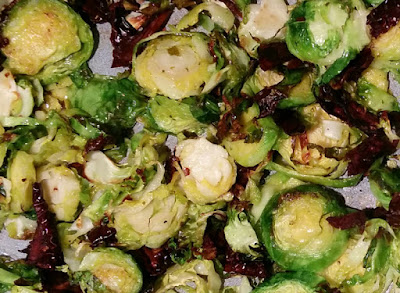 So I'm leafing through the print version of Hadassah Magazine when I happen upon a Brussels sprouts recipe that stops me cold.  Literally.

Jazzed up and served as a salad, but raw.

But the ingredients, plus most of the directions, had the potential for major improvement.   I knew I was on to something after tinkering with both ... something that even haters will enjoy.

Or at least not spit it out. While I'm watching, anyway.

Too many times, Brussels Sprouts are cooked to death, or at least until the house smells like boiled cabbage.

Fun facts:  Brussels sprouts look like miniature cabbages because both are members of the cruciferous family ... that very same family that brought you broccoli, turnips and bok choy.

Turnips?  I can see how the others are related, but turnips?

Whatever.  Anyway, back to the sprouts. 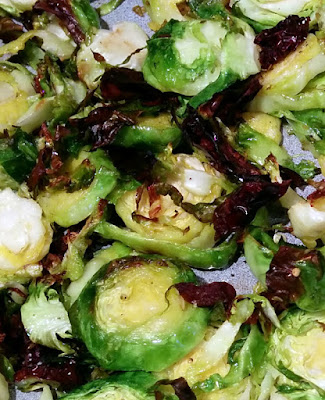 Roasting thinly sliced Brussels sprouts, tossed with za'atar (a middle-eastern spice mixture available in larger supermarkets or specialty shops), sun-dried tomatoes and a drizzle of olive oil, then finished off with a quick char under the broiler, brings out a caramelized sweetness that is delicious beyond words.

Slice the sprouts as thin as possible.   This allows the shreds to roast up quickly and caramelize more evenly than using whole or halves.  You'll barely have time to make the main course.  Luckily, the sprouts reheat beautifully.

Preheat oven to 400F.  Using a mandolin or a very sharp knife,thinly slice the Brussels sprouts.

Spread mixture evenly on a large rimmed baking sheet.  Roast for 15 minutes on middle rack, flipping the sprouts about half-way through cooking time or when sprouts start browning along their edges. 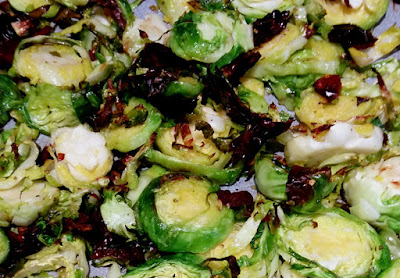 Drizzle lemon juice over the sprouts, then divide among 4 plates.  Serve hot or warm.  May be refrigerated in a covered container for up to two days.
brussel sprouts brussels sprouts sundried tomatoes vegan vegetable vegetables vegetarian 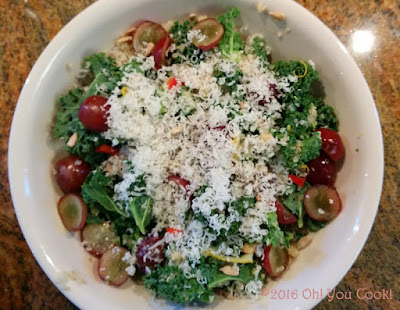