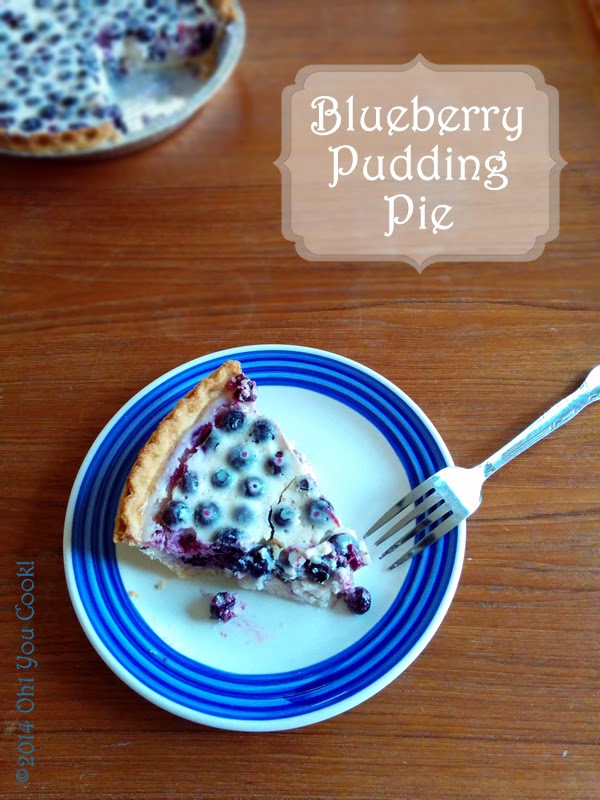 Passover ended last week!  Yay!  Don't get me wrong.  I really like this 8-day holiday (30 if you include all the cleaning and shopping and cooking), especially the foods my family traditionally enjoys, like chicken soup with matzah balls, matzah stuffed fish, matzoh lasagna, and the like.   But by the time we reached sundown on Tuesday, I was really jonesing for my old gluten-laden favorites:  bread, pie, spaghetti, pie, cake, pie, pizza ... and PIE! 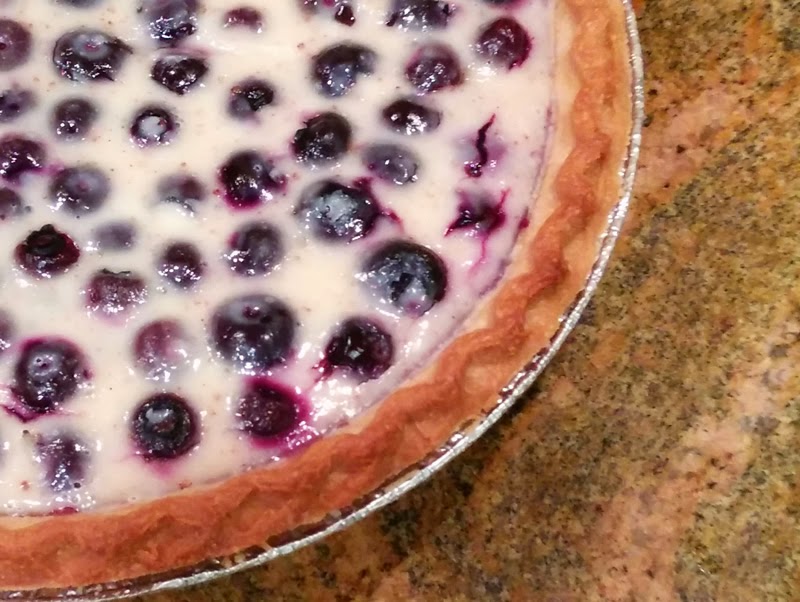 Did I mention pie?   I did make my never-fail chocolate pudding pie, but with a ground almond crust. This year though it didn't quite live up to its name, becoming more or less a mud pie.   And not in a good way.  But however yucky it looked, it was chocolate so everyone got out their spoons. A good time was had by all.

Earlier this month I checked out my Secret Recipe Club assignment: I am a Honey Bee, hosted by Nicole. Nic (the name she really prefers) is a 20-something lovely glasses-wearing person who says she cooks, bakes, cleans, designs, has 3 tattoos, wishes she lived in NYC and doesn't get enough sleep.    Exactly like me!  Except for the 20-something part.  And the design part. And especially the cleaning and tat parts.  As for the NYC part, I grew up there ... much prefer central NJ.  Other than that, we are so much like twins it's scary! 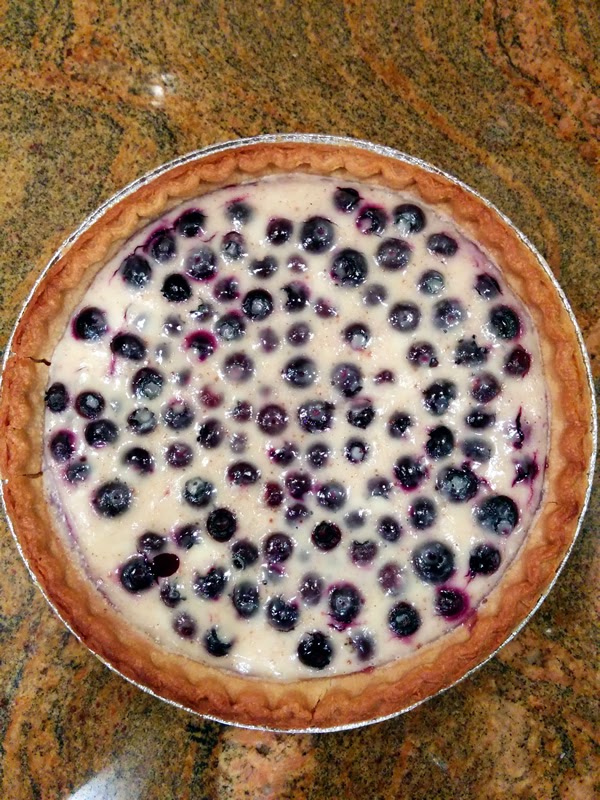 But I digress ... getting back to my rant.  For some reason this Passover I missed pie, single or double-crust, didn't matter.  So despite having earlier this month queued up one of Nic's healthy gazpacho recipes to enjoy (this one in case you are curious), I instead headed back to her recipe index to find a pie I could whip out and write up in time for the reveal today.  Luckily for me Nic had recently posted the following recipe.  Just for me.  Because being my twin she just knew I'd be looking for this exact pie.

One of my semi-major fears is forgetting a recipe step or ingredient.  To prevent this, I always set everything out onto the counter before diving into a recipe, returning everything to their usual locations as they are used, finally double-checking that nothing remains on the counter before tossing whatever it is  into the oven.

Until today.  I was somewhat sleep-deprived on this particular day, and didn't eyeball the counter for any strays before that little baking step.

At about 10 minutes before the pie was supposed to be done, I finally noticed the eggs on the counter.  The eggs! I totally missed the step to add the eggs!  Ack!!!

Too late to do anything about it, I left the pie in the oven until the timer went off, and did the knife-in-the-middle-to-check-for-doness thingy.  Although not quite finished, it wasn't anywhere near as liquidy as I had feared.  So I popped it back in for another 10 minutes before removing the eggless pie from the oven (even with the foil I was afraid of burning the crust if left in too long), gently placing it on the cooling rack. 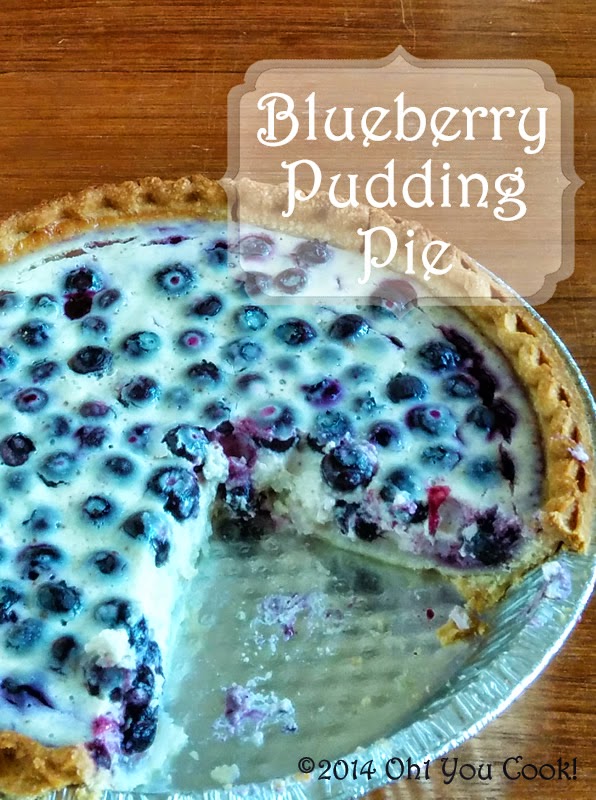 The disaster I was braced for didn't happen.  After chilling the pie overnight, the pie firmed up quite greatly and very deliciously!  More cheesecakey than pudding.  Which was interesting since it contained no cheese.   After eating and enjoying a huge slice I brought the remainder to work. Only a tiny sliver remained after lunch.  Imagine how mind-blowing the pie would have been if I had remembered the eggs.  Thanks, Nic! 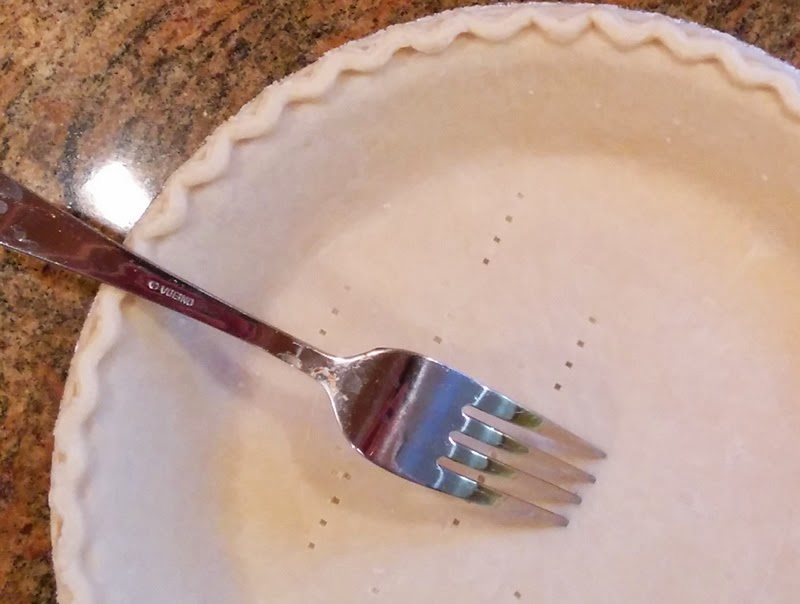 Prick the pie crust along the bottom with a fork. Bake for 7 minutes. 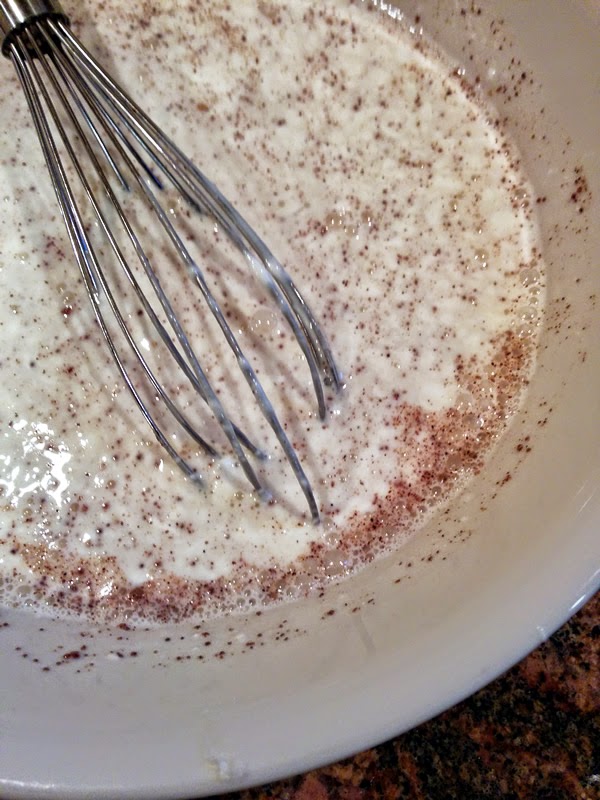 While pie crust is baking, whisk remaining ingredients except blueberries in a medium mixing bowl until smooth.

Note:  if edges of crust begin to brown too fast, carefully cover edges with foil.  TIP ALERT!  Cut out the center of a disposable aluminum pie tin about 3/4 to 1-inch from the edge to make a reusable pie crust shield.  Then flip over and place over crust edges.

Return pie to the oven.  Bake for 10 minutes. Without opening oven door, reduce oven temperature to 350F.  Bake an additional 30 to 35 minutes or until a knife inserted in center comes out clean.  If you forget the eggs, add up to an additional 10 minutes. 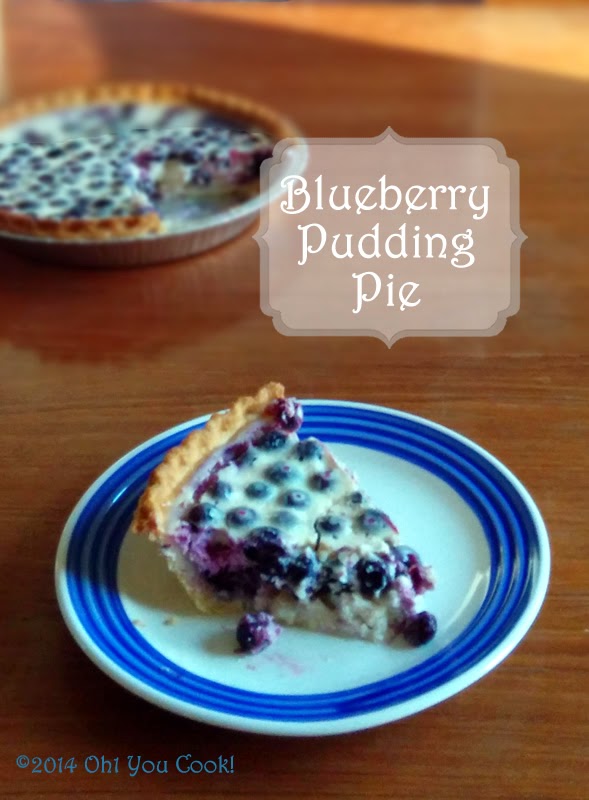 Let stand at least 20 minutes to firm up. Serve warm or cold. Store leftovers, covered, in fridge up to 2 days.

Disclaimer - because this recipe is part of an online cooking group, the linked recipes below might not be kosher.

Turnips 2 Tangerines said…
I have been on a blueberry kick for a few weeks now and this certainly looks delicious~ Happy Reveal Day, I had your blog this month, and you have so many delicious recipes I want to try! Lynn @ Turnips 2 Tangerines
April 28, 2014 at 12:18 AM

susan @ The Wimpy Vegetarian said…
I can't wait for the blueberries to ripen here! Totally making this. It reminds me a bit of one my mom used to make when I was young. It was my favorite pie!
April 28, 2014 at 12:24 AM

Melissa said…
What a delicious and refreshing sounding pie! I bet it would be amazing with a glass of wine while sitting outside on the patio in the summer! Great pick this month :)
April 28, 2014 at 6:34 AM

Couscous & Consciousness said…
This pie looks gorgeous - I love blueberries - and what a bonus that it worked out well, even without the eggs :-)
April 28, 2014 at 6:36 AM

Sarah E. said…
I am never that lucky when I make a boo-boo in the kitchen! LOL. The pie still looks very good :)

SallyBR said…
I am like Sarah, never that lucky, when I mess up, I mess up, baby ;-)

Dorothy at Shockingly Delicious said…
Pie looks awesome even with the goof. Well done!
April 28, 2014 at 9:10 AM

Stephanie said…
This pie looks awesome. I can't believe it came together as great as it did without eggs. I'll have to try this (and remember the eggs) next time I feel like pie
April 28, 2014 at 8:29 PM

Avril said…
Hooray for such a beautiful pie! - even if you did forget the eggs :-) Love that you stuck it out even though you forgot such a crucial ingredient. You may have just discovered a great recipe for those that can't have eggs. Bravo!!
April 28, 2014 at 9:39 PM

Sara said…
Yummy! This looks fantastic. I know the feeling of leaving an ingredient out like that...it's surprising how sometimes it turns out just fine! :)

nicole @ I am a Honey Bee said…
hey almost twin!!

Too funny you forgot the eggs. I've done mistakes like that. At least this still worked out.