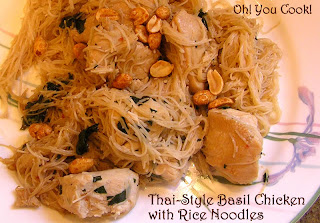 Did I mention I won boneless chicken a few weeks ago from Sarah of Food, Words & Photos, courtesy of KOL foods?

Not the Far Side  kind, Silly-Billy!  Three large packages of skinless, boneless chicken!

A couple days later, I made my ever-popular Chicken Marsala for dinner, a little disappointed that the breasts looked as ifI did the deboning, but the flavor more than made up for it.  TheHubby, on the other hand, ate his serving, complaining between bites that he doesn't like dark meat.

No, all three packages were white meat, …
1 comment
Continue reading >> 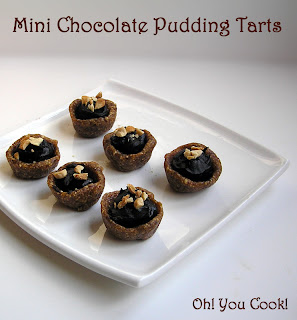 For the Secret Recipe Club this month, I was assigned Natural Noshing.   Nora, who thought she was lactose-intolerant, discovered years later that her health issues were actually due to gluten-intolerance.  So after taking recipes and tweaking this and "putting a healthy spin" on that, Nora created healthy, easy-to-make, delicious gluten-free recipes.

You really should check them all out!  One is a chocolate pudding with the secret ingredient of avocados.  By an interesting coincidence, I had purchased a couple of avocados with the idea of making someone else's version of a chocolate-avocado pudding.  What convinced me to try Nora's was her extra step of serving the pudding in cute little nut tart shells. Nora is so very creative! Just about every ingredient has several options.  You could almost make this pudding every week for a year and never make the same exact recipe twice! Visit her site for all the options.