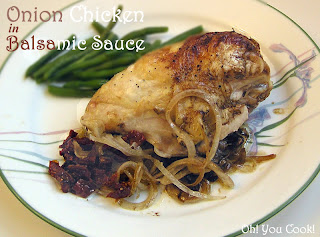 I was so proud of myself.   As soon as I received my assigned Secret Recipe Club blog several weeks ago, I quickly and efficiently headed over to  A Cook's Quest and poked  around a bit.  Jenn, by the way, has a great many tasty-looking recipes, many of which in the healthy category.  It would have taken a while to select something, but I, very efficiently, had already something in mind ... a chicken dish, which helped to narrow down my options.  Jenn love balsamic vinegars (as well as I), so when I spotted her chicken with balsamic recipe, with 10 cloves (!) of garlic as a bonus, I was in business. The very next evening, I quickly and efficiently made her recipe.  Took pictures and made copious notes.  Then set the whole thing aside, until a few days before The Big Reveal to quickly and efficiently ...

... realize that I couldn't find my notes anywhere. :(

Luckily I took a lot of step-by-step photos as I went along (most of which I won't bore you with here ... you're…
6 comments
Continue reading >> 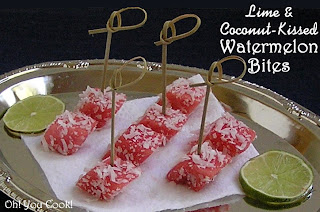 Today is my birthday! Today I turn 60! Hurts a bit, even though it's so much better than the alternative.

I thought turning 47 hurt. Back when I was a wee child in elementary school, the occasional teacher would have us write what we thought the (extremely far off in the distance) year 2000 would be like. No matter what scenarios each of our imaginations came up with, everyone agreed that we would be "soooo oooold!" Which came back to haunt me when that (extremely far off in the distance) year 2000 finally creeped around.

For my 50th, there was a bit more drama happening in my life. I broke my favorite knife (bought at a 69-cent store (the precursor to the dollar store ... inflation happens) while cutting my still too frozen ice cream birthday cake. And, oh yeah, I had finished up chemo for breast cancer about a month prior, rocking the barest amount of fuzz on my pretty little head (I'd post a photo but it might scare small children).